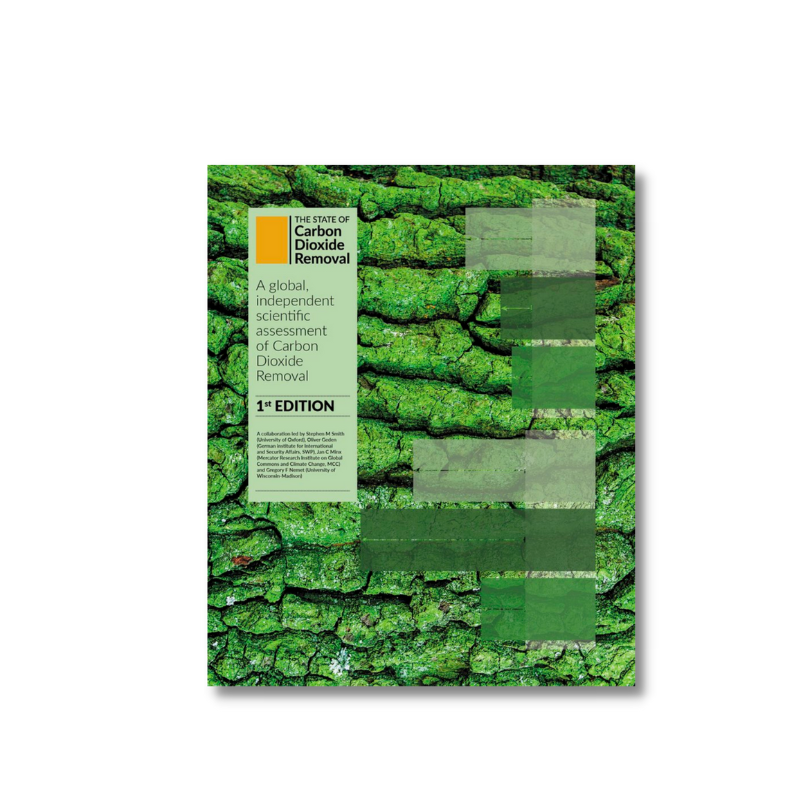 This report is the first global assessment of the state of carbon dioxide removal. It looks at how much carbon removal is deployed around the world, by what methods, and how much it will need to be scaled up to ensure a safer climate. It also analyses the trends in relevant research, charts the progress in policymaking around the world and analyses the public perception of carbon removal.

Innovation in CDR has expanded substantially, exemplified by R&D, in patents and capacity investment. CDR has been subject of increasing public attention, and the peer-reviewed scientific literature now consists of over 28,000 English-language studies, growing at a faster rate than for climate change as a whole.

Virtually all current CDR (99.9% or 2 GtCO₂ per year) comes from conventional management of land, primarily via afforestation and reforestation. Only a tiny fraction (0.1% or 0.002 GtCO₂ per year) results from novel CDR methods which involve storing captured carbon in the lithosphere, ocean or products. Examples of novel CDR include bioenergy with carbon capture and storage (BECCS), biochar, and direct air capture with carbon capture and storage (DACCS). While scenarios show that the bulk of CDR deployment will occur in the second half of the century, those levels will only be feasible if we see substantial new deployment in the next 10 years. Almost all scenarios that limit warming to 1.5°C or 2°C require novel CDR.

There is a gap between proposed CDR deployment and what will be needed to meet the Paris temperature goal to limit warming to well below 2°C and pursue efforts to achieve 1.5°C. About 120 national governments have a net-zero emissions target, which implies using CDR to counterbalance residual emissions. But few have actionable plans for developing CDR, particularly for novel methods.