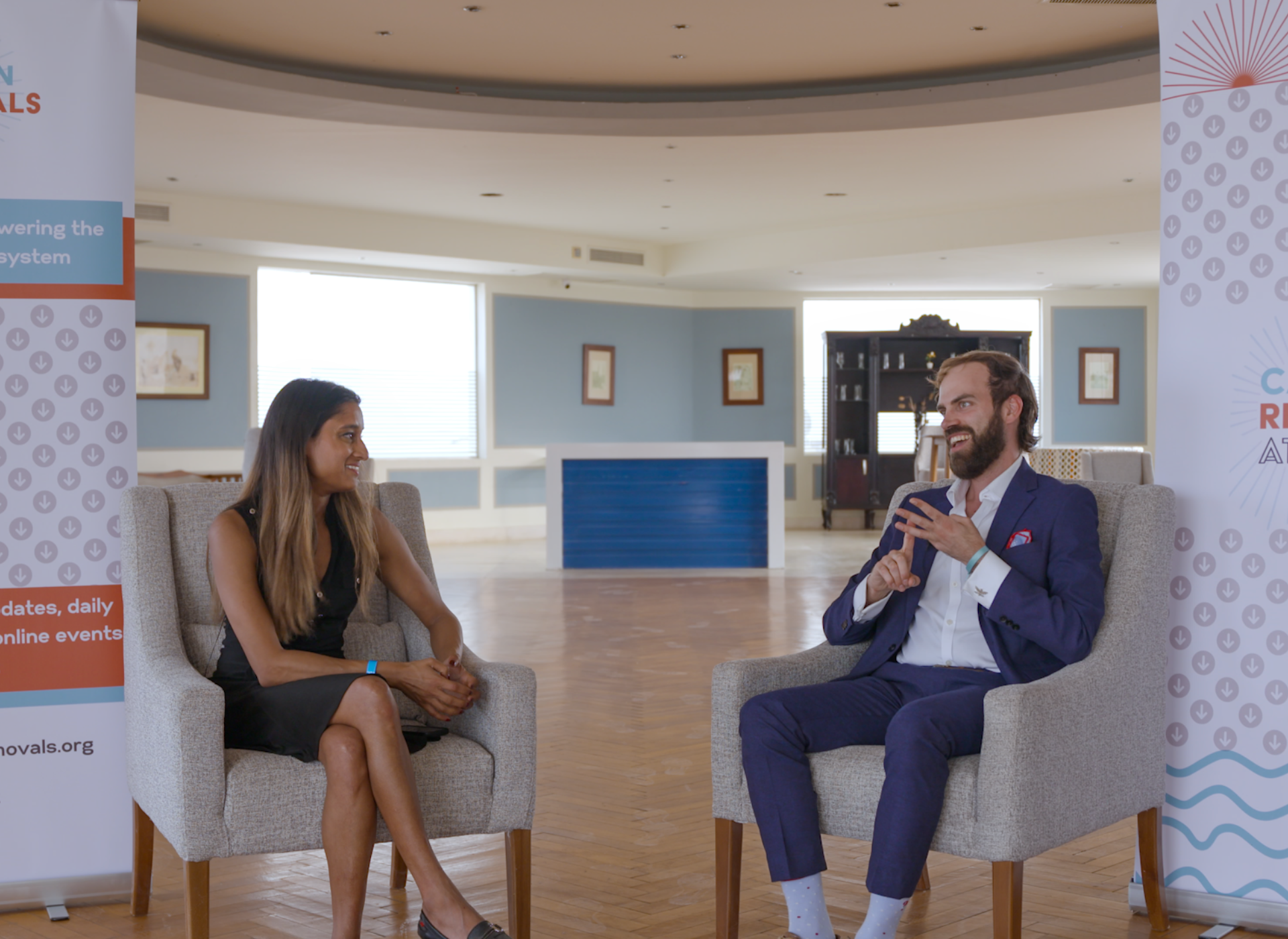 Looking to COP28, Carbon Gap calls for a more expansive and creative discussion that goes beyond trading carbon removal credits to reflect the diversity of discussion happening across the Blue, Green, and Innovation Zones.

As global carbon dioxide emissions reach record-breaking levels, the world’s annual climate negotiation drew to a close in Sharm el Sheikh, Egypt. This year, negotiators focused on three main issues: expediting emission cuts, securing promised mitigation and adaptation finance for developing nations, and the prospect of a new fund for loss and damage. In the fine print of official documents and in the bustle of the Blue, Green and Innovation Zones, the topic of carbon dioxide removal (CDR) was also broached, with some significant yet fragmented progress made.

In this two-part blog, Chief Science and Advocacy Officer Eli Mitchell-Larson and Science and Policy Fellow Kayla Cohen set out to: analyse the outcomes of the negotiation, including key takeaways pertaining to CDR; and explore shifts in the discourse around CDR in the civic zones, reflecting on their experience on the ground at COP. This is part one of that two-part series. Part two will complement the analysis of the official negotiations by zooming out and considering discussions on carbon removal in the Blue, Green and Innovation zones. So, if the negotiations consistute the nucleus of the conference, the Blue, Green and Innovation zones can be thought of as concentric clouds of orbiting electrons. There’s a lot of activity in these arenas and discourse emerges that official texts do not capture. We’ll be shining a spotlight on the ideas we found most exciting.

Of the three items on the agenda, it’s fair to say COP27 only scored one out of three. Arguably no progress was made to scale emission reductions, severely jeopardising our global goal to limit warming to 1.5C above pre-industrial levels. Similarly, no definitive action was taken to hold wealthy countries with historical emissions accountable to their 2009 pledge to mobilise $100 billion per year for climate action in developing countries. The one major win at COP27 was an agreement in principle to establish a new mechanism to fund “loss and damage” to countries experiencing the brunt of brutal climate impacts. This mechanism represents the culmination of a multi-decadal battle fought by diplomats from small island states and other vulnerable nations, and it signals acknowledgement from the global community that loss and damage is a legitimate pillar of climate action, alongside mitigation and adaptation. As with all COP deals, the devil will be in the details, and the details are yet to be decided. Until recommendations are made by the newly established Transitional Committee, this seemingly historic victory remains theoretical. Given that the $100 billion per year has still not been realised, it’s difficult to imagine how financial assistance for loss and damage will be easier to marshal.

Climate progress from COP to COP is not linear, but rather comes in fits and starts. This was particularly evident this year across the various dimensions of climate action as loss and damage made headway, while mitigation and adaptation stagnated. To many, the outcome of COP will seem disappointing, bordering on surreal. Financially assisting low income nations devastated by climate catastrophes while doing little to stop the cause of said devastation is an unsustainable approach. We need to constantly ramp up capacity for mitigating climate change, and this means drastically reducing the amount of carbon dioxide in the atmosphere. This, in turn, entails reducing emissions and removing carbon from the atmosphere at the same time.

At Carbon Gap, we focus on the CDR strand of mitigation. Despite clear statements by the IPCC that carbon removal plays a fundamental role in reaching net zero targets and is a key element in scenarios that likely limit warming to 1.5°C by 2100, CDR remains under-explored at international negotiations. Tracking progress within official talks is an intricate and diffused task because the term “carbon removals” is often subsumed under the umbrella term “mitigation”. Article 6.4 is one part of the Paris Agreement which explicitly addresses the role of CDR within mitigation. This clause establishes an international carbon market mechanism whereby, under certain conditions, public and private actors will be able to trade emission reduction and carbon removal credits across borders. On the day that COP began, the Article 6.4 Supervisory Body issued a set of recommendations for activities involving removals, covering: “appropriate monitoring, reporting, accounting for removals and crediting periods, addressing reversals, avoidance of leakage, and avoidance of other negative environmental and social impacts”. These recommendations were met with concern by governments and civil society alike, and signatories of the Paris Agreement asked that these recommendations be refined over the upcoming year.

Carbon Gap was made aware of a clear call to action: members of the Article 6.4 Supervisory Body are urgently requesting more input and engagement from the NGO and expert community. They have not received the overwhelming response to their previous calls for evidence that one would expect, given that the outcome of this mechanism will affect carbon transactions globally, perhaps for decades to come. In the final draft of the Article 6.4 decision text, Parties and admitted observer organisations are invited to submit their views on activities involving CDR by March 15th, 2023.

This year, official discourse on CDR was largely limited to Article 6.4. Looking to COP28, Carbon Gap calls for a more expansive and creative discussion that goes beyond trading carbon removal credits to reflect the diversity of discussion happening across the Blue, Green, and Innovation Zones. When delegates reconvene one year from now, the Global Stocktake measuring Paris Agreement progress will be in full swing, and attention will turn to the next round of NDCs that countries need to prepare in 2024 and 2025. A clear distinction between gross emission reductions and carbon removal, and their relative contribution toward mitigation, must be transparently communicated through the Global Stocktake. Moreover, in their second NDCs countries should specify the degree to which they plan to meet their climate goals with absolute elimination of emissions versus with removals. This separation of targets between reductions and removals is critical to not only ensure that removals are not occurring at the expense of emission elimination, but moreover to encourage countries to build feasible plans for how they will deliver net zero, which necessitates some degree of scale-up for removals. The EU has been a pioneer on this front, capping the level of removals planned under the revised European Climate Law, and Carbon Gap will continue encouraging European leadership and ambition.

Zooming out, the key theme from this year’s COP was a long-overdue commitment from wealthy countries with historical emissions to recognize and provide financial assistance for loss and damage. Next year, it will be for Carbon Gap and other NGOs and activists engaged in the CDR space to ensure discussion on carbon removal is rooted in calls for a just and effective acceleration towards net zero. While the bulk of the responsibility for financing CDR would justifiably rest on countries with the largest cumulative historical emissions, countries in the Global South will be key drivers of carbon removal projects, innovations, and creative methods for deployment. We’ll explore this exciting dynamic, which was on display at COP for the first time, along with other stories from the Blue, Green, and Innovation Zones, in the next post.

By Kayla Cohen and Eli Mitchell-Larson